"Consider anything only don't cry . . ."
The female Scorpio has a deep, mysterious beauty. She's magnetic, proud and totally confident. But she has one secret regret. She was not born a man. 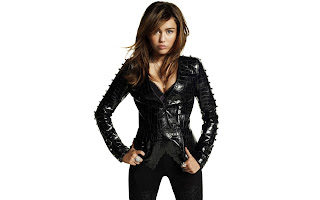 I can almost feel the heat from here when Pluto women hear about that revelation. There's not a Scorpio female alive who doesn't think she's all woman, and you may wonder what I'm talking about yourself, if you're in love with one. This girl certainly has enough glamor, and she's enormously seductive. But I didn't say she looked like a boy, nor did I intend to imply she doesn't do a bang-up job of being a female. It's just that, unconsciously, she would prefer to be a man. Less restriction, more opportunity. It's the one secret she even hides from herself, and seeing it exposed won't sit well with her.
Once the Scorpio girl has figured out the difference between blue booties and pink booties, she'll resign herself to wearing the pink ones, because she's fabulous at making the best out of a situation. But pink is not her natural color. The true shade of her nature is dark maroon, or deep wine red, not a female color at all. However, to give her proper tribute, she's able to make you think it is. I know one who's great at pretending to be a fragile, fluffy kitten. She purrs so contentedly most men guess she's an ultra feminine Piscean. They topple into her trap and wake up later, sadder but wiser. She is no kitten.
Scorpio women have a scornful contempt for members of their sex who flop in the roles of sweetheart, wife and mother, once they're stuck with the parts. A Pluto girl will control her desire to dominate, while she gives a glorious performance of womanhood, and she'll do it with more finesse than the masculine Aries, Leo or Sagittarius girl. At least she'll do it during courtship. There may be a few cases when the unsuspecting male gets a rude surprise after he shakes the rice out of his shoes and the illusions out of his eyes. Unlike the Mars female, for example, a Scorpio will subdue her drive and magnetize a man with the heavy perfume of her exotic glance as she allows him to use his lighter to ignite her cigarette. That's far sexier than aggressively striking a match herself and blowing the smoke in his face, and she knows it. She knows lots more. Another girl might rush headlong into your arms and shout her love from the rooftops. The Scorpio girl walks toward you slowly, seductively, and silently delivers her private message. It's puzzling, but these women can look seductive in jeans, jodhpurs or basketball shoes. Maybe it's her husky voice that creates the image. I know one who wore a baseball cap (honest) the entire time her future husband was courting her, and she spent a lot of time talking about batting averages. But she was as seductive as Mata Hari just the same, and she got her man. (He was hypnotized, as usual.) 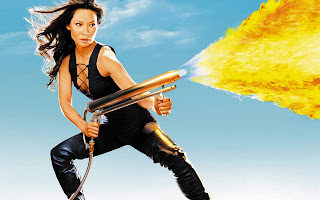 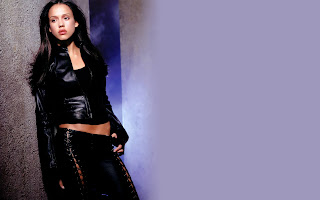 A Scorpio woman will sometimes nearly drown you in her passion for living, yet in a real storm, her cool, calm reason and steely strength will be a life raft. Though she works her magic in strange and secret ways, her haunting eyes will always gaze at you with basic honesty, even while she remains just beyond the reach of human understanding. She's a little dangerous, perhaps, but undeniably exciting. Let other husbands cope with the flighty girls. You've known the compelling mystery of a lovely witch who brews a pretty good cup of tea and never bums your toast. (Well, almost never.) When the cup is empty, let her read the tea leaves for you. She can-if she wants to.
You mean you didn't know? I told you there are things she keeps to herself....

Anonymous said…
Hey This is Marina D'costa.. I am really Proud to be a scorpio woman. Thanks it makes me feel really great. I have been a fan of Linda Goodman since my childhood days. Its fun!!
June 26, 2011 at 1:09 PM

Anonymous said…
Why exactly did Linda Goodman feel the need to bring her internalized misogyny into this?
June 27, 2012 at 8:50 PM

Sarfy A said…
Its useless to have such a strong,powerful woman...who is only trying to be feminine,but not really she is.A man only needs someone who has a modesty,loyalty,feminity...not someone who is attracting the whole world along with you...& can easily leave you one day without even regretting leaving you with just useless admirations.A taurus or piscean women are better than these freaky,inhuman creatures...sorry to say ...but its true...
Aries man...
September 26, 2012 at 12:03 PM

Aishwarya Gharat said…
hello Sarfy A, every woman has her soul-mate. The one you find to be bad may be interesting for another man. Pisces and Taurus are truly feminine but Scorpio women are the most emotional ones!
May 21, 2013 at 2:39 PM

Anonymous said…
Double Scorpio, Sarfy got stung by the Scorpio Female and is very bitter but in reality he is missing the hell out of that woman. Problem is once she leaves is for good...I'm sorry...
August 16, 2013 at 3:12 AM

Justbehonest said…
Sounds like you've been stung by the queen my friend lol we are very patient individuals and for us to walk away from a relationship with no explanation you must have done something wrong and I mean over and over again which at some point our patience ran out and its time to let go...Scorpio woman
December 7, 2015 at 9:34 PM

Justbehonest said…
Sounds like you've been stung by the queen my friend lol we are very patient individuals and for us to walk away from a relationship with no explanation you must have done something wrong and I mean over and over again which at some point our patience ran out and its time to let go...Scorpio woman
December 7, 2015 at 9:37 PM

would you say this person is more Scorpio because of all the water signs?