A Leo man is proud of himself and his achievements. He always assumes that he is self sufficient and that he does not need assistance from anybody. This notion lets him believe that his world starts and ends at him. If he likes one thing, he will want the whole world to nod in approval and if he dislikes something, he will expect the world to murmur their consent on that too. Though very egoistic, a Leo man takes care not to show the world his true colors. He hides behind a mask of humility and nobility - a facade that covers his true feelings explicitly well.

A Scorpio woman on the other hand is very cautious. She knows her P's and Q's and will never step out of line. She will dislike feeding her man's ego and will thus create problems for their union. Though inconspicuous at times, a Scorpio woman knows her strengths and can use them to her advantage without letting an outsider know about it. Like the animal, she can also spew dangerous venom if provoked. This maybe masked in her words or her actions but the Scorpio woman is adept at making a person feel useless without taking strong efforts on her end. 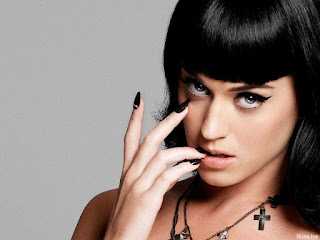 Because a Scorpio woman knows that she is strong, graceful and self sufficient, she is aware of her potential as a mother, daughter, wife and woman. She is of the opinion that she does not need a man to fulfill her needs for her. Due to this primary notion, a Scorpio woman will never give into a Leo man's demands and will always expect him to serve her. This can prove to be cumbersome for the Leo because as much as he would like to be under his partner's grips, his characteristics will not allow that. He will have to be on top, whether in bed, office or at home and will want to take command of everything in the relationship.

Though the two individuals, a Leo man and a Scorpio woman will sizzle in bed, they will have dull moments where the Scorpion will just want to lie down while the lion will want to experiment. They will both have some anxious, restless moments but eventually, their love life will also fizz out.

To keep the relationship strong, both individuals will have to put their best foot forward - at all times. There is no scope for them to slip because when one will, the other partner will get the opportunity to assert his beliefs and reasons on the other. And when this will happen, the relationship will disintegrate from within, killing each individual mentally and emotionally.