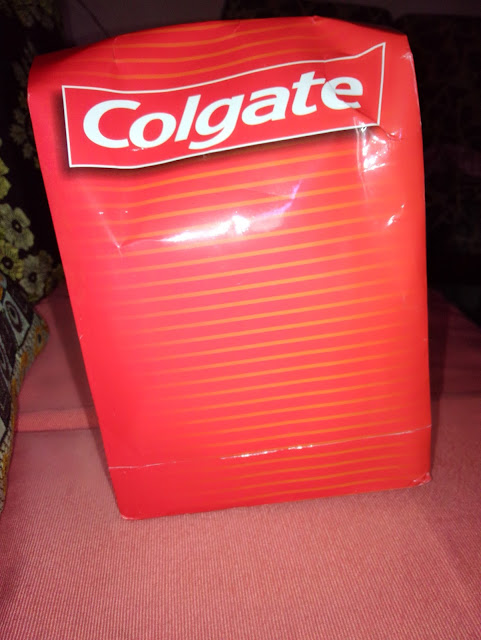 I feel it is crucial to give wings to the creative spark  hidden inside small children. That is exactly what #ColgateMagicalStories has done.  As soon as I received my New Colgate Strong Teeth Packs which had the Space concept , my little  niece  Grishma immediately began  cutting down the pictures  with a keen interest. 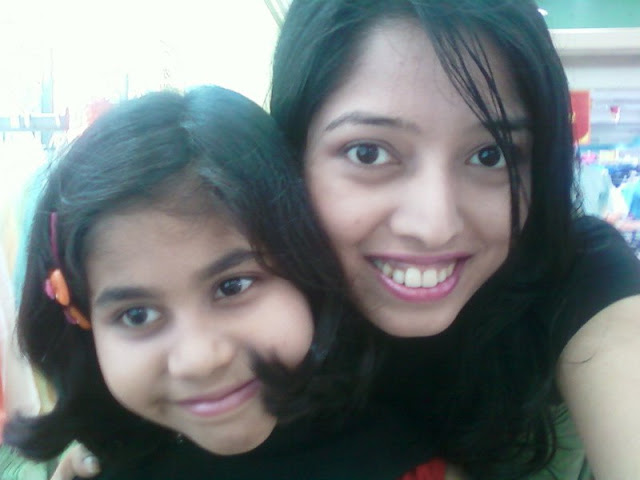 I think #ColgateMagicalStories have come  up with a very interesting concept that encourages creative thinking in an interesting manner  in children. Nowadays, tuitions, apps, games , cell phones and of course the IDIOT BOX keep them so busy that they have no time to fly kites or indulge in any form of creative sessions.

Besides, Colgate being my favorite toothpaste brand from Childhood and she too, is so hooked to Colgate since her childhood that , it was something that she immediately liked. So, she  started spinning stories around the space theme … 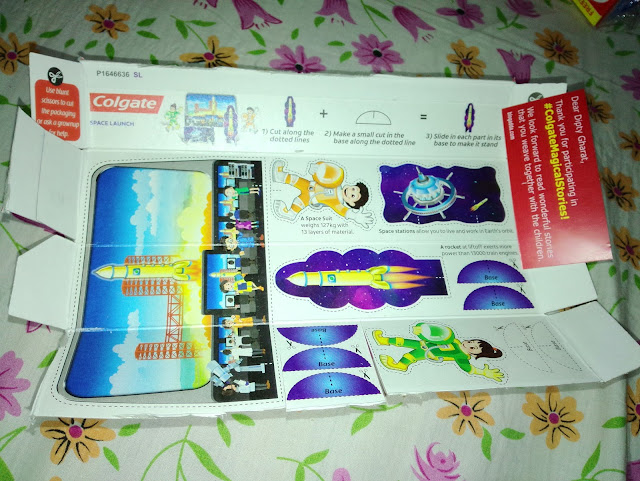 Here is the  story

In the city of dreams, lived Chota Bheem and Dora along with their old grandparents. Their Mommy and Daddy lived abroad. Chota Bheem and   Dora  were brothers and sisters . who were very bright. They were curious about the Universe and World outside our Planet. One day they  found  two  tickets to a  space plane in the Christmas Stockings.Immediately, Chota Bheem and Dora  decided to give it a try and explore  the darkest parts of the space. 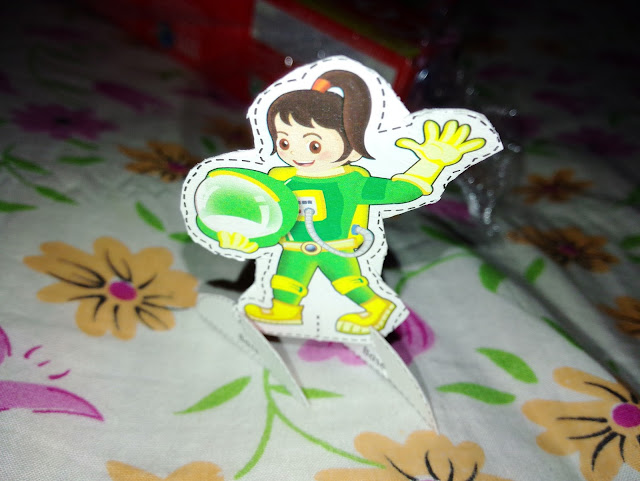 They sat in the plane wearing a spacesuit  and the plane left the earth’s orbit. The plone dropped them in the space where they were happily floating on their own.  Dora  noticed that there was a large number of  Constellations and Comets  moving in and out of a  space . She also  saw a Sparkling Constellation a ,  and both Chota Bheem and Dora visited the magical castle inside the Constellation . Here, they were welcomed by the  Princesses Shiny and Sparkles. 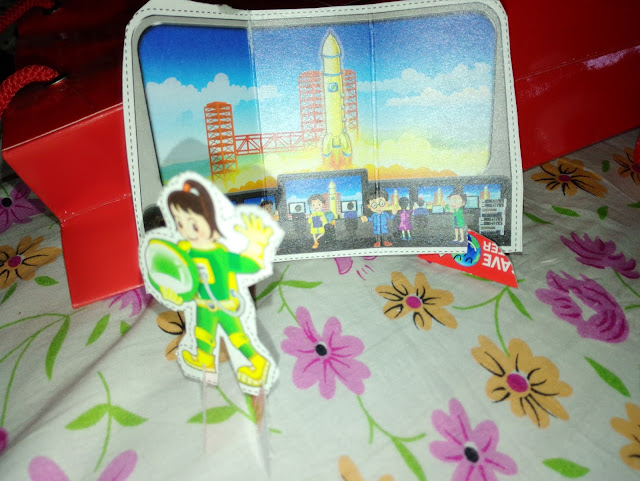 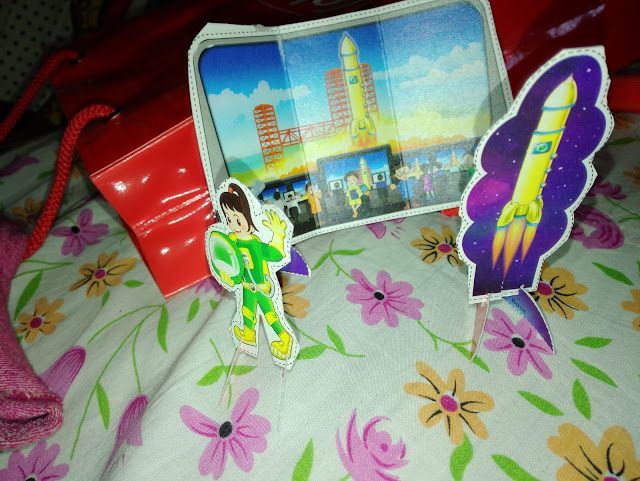 They both   felt immense happiness to see other.They spent the entire afternoon on the Nakshatra , talking to both the beautiful Princesses with a dazzling smile and eating fruits and playing . The  Princesses asked them whether they brushed their teeth twice ,everyday.To which, Chota Bheem immediately replied that he loved brushing his teeth twice with Colgate.Dora also told them about the benefits of dental hygiene.

The  Princesses also shared the secret to their sparkling smile was Colgate.  The  Princesses were impressed with Chota Bheem and Dora and they also gave them parting gifts, candies and lots of good wishes.
The space world was full of magical wonders and various dazzling stars. Dora also found a planet full of Ice creams . She informed Chota Bheem about this. But in reality, it was just a snow clad , planet. 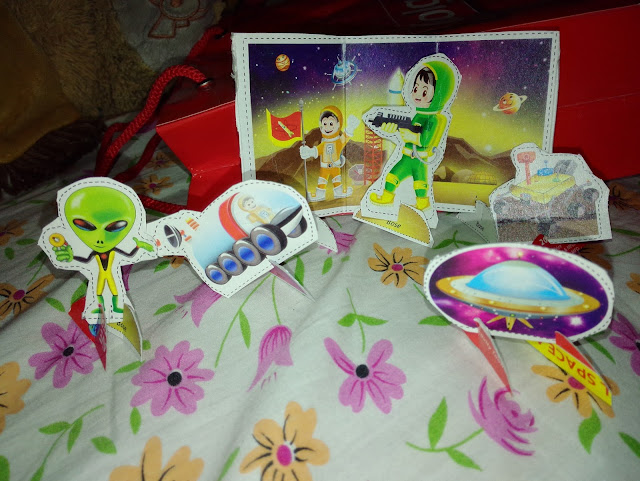 They were happy to see their favorite planets Mars, Saturn and also wished ‘GOOD MORNING’ to the SUN. Sun gave them a book informing them about the methods to fight cavities and protect gums. The Sun told them that he always brushes his teeth immediately after he wakes up and before going to bed , just like both of you.

They also waved to the Comets as they passed adjacent to them . While coming back to their home their heart was filled with happiness and the bag with lots of goodies. 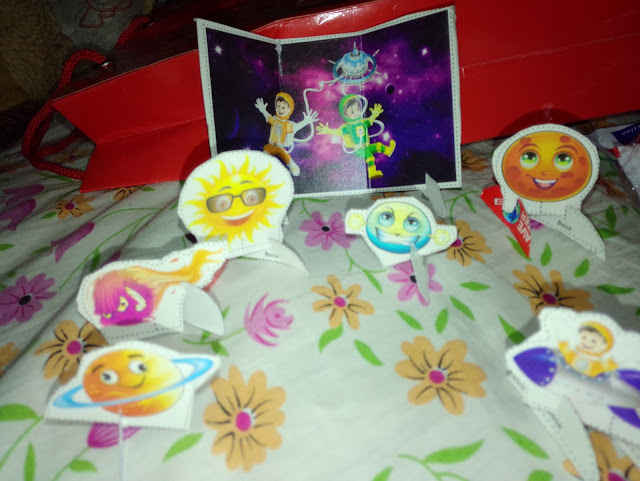 After a day well spent, in the space, they came to their home sitting in the same space plane. They thanked, God and Santa Claus for this special space trip.

I believe that you must have loved the story. I will leave you with a fabulous  quote  on Children that I came across “There are no Seven Wonders in the Eyes of a Child there are are Seven Millions” 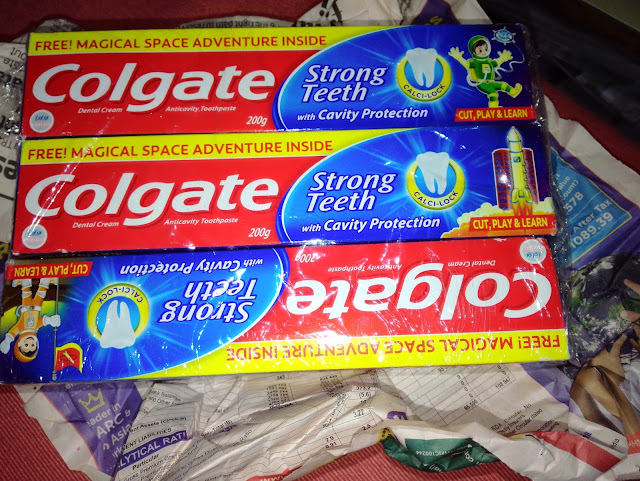 I’m blogging my #ColgateMagicalstories at BlogAdda in association with Colgate. A big Thank you  to #colgatemagicalstories because of which  I was able to establish a strong bond with my niece in a creative way !