One Year After 26/11 Mumbai Terror Attacks 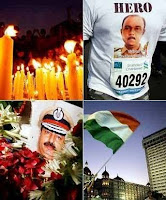 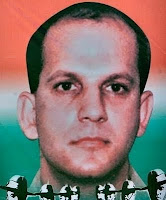 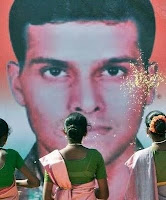 Terrorists attacked the city of dreams, Mumbai on 26/11/2008.Mumbai was known as a safe city and citizens had a notion that was a soft target for the terrorist groups. However, on 26/11 Mumbai was also under flames. Terrorists ran amok on the roads of Mumbai spraying bullets and striking grenades on naive people with no allowance for the aged, in firm, women and children.

Terrorists arrived in the city via the sea route with hand grenades, automatic machine guns and large amount of explosives. The siege finished an excruciating three days later. The assaults were on both the innocent common man and the affluent class which was previously distant from the straight blows of such atrocious crimes.

In 1993, the foremost set of bombs shattered the city apart. Some terrorist attacks that followed the 1993 bloodshed are as follows: BEST Bus Blast December 2002,Vile 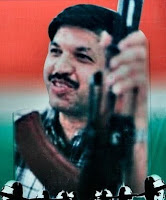 Besides these many explosions that have taken place intermittently killing and injuring numerous. The 26/11 attacks killed the top notch officials like ATS Chief Hemant Karkare, APC Ashok Kamte and Encounter Specialist Vijay Salaskar and Major Sandip Unnikrishnan as well as Constable Tukaram Ubale.The terrorist aggressions has aroused and sensitized all Indians to the pains needed to have a safe and secure milieu.

The 26/11 attacks has also reflected the lousy attitude of our Political leaders and Love of the country, brave struggle of our Police force , NSG Commandoes, Mumbai Fire brigade and of course the common Mumbaikar.

The main aim of these terrorists was to put an end to ’s commercial capital, Mumbai. This proved when they attacked Mumbai’s Pride , the heritage Hotel, Taj Mahal.

Mumbaikars have not forgotten that dreadful night of 26/11 when the city of opportunities was bleeding and mourning at the lost of her beloved brave hearts and innocent citizens. The rage is extremely present, just beneath the facade.

The country is craving for good governance and security at the national and state level. Mumbaikars needs an answer to all their 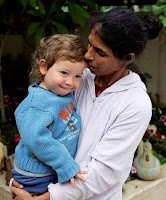