Shame on You Captain MS Dhoni! 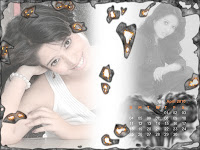 This is the latest news, what else can I say? India was the first Twenty20 world cup winner and we are the biggest losers today! What a shame! This has happened because of IPL and there is no reason to deny this fact.

Since, our cherished players performed extremely well in IPL; they performed in the most shameful manner in a crucial international tournament. This happened two years back as well.

I remember our beloved captain MS Dhoni speaking to a news channel that it happened because of IPL. Some days back MS Dhoni had said with complete confidence that "IPL won't affect, Twenty20 world cup performance". 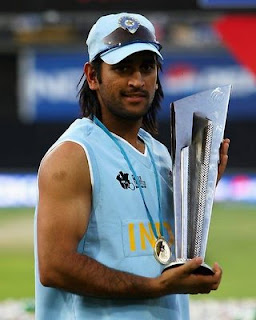 In just a matter of few days, the reality is in front of us. How can he be so negligent? Well, he can be; money is important and the country is used to such shameful events. So, why will he bother? Why would anyone else bother?Mr. Sharad Pawar is not bothered, neither is Mr. Modi nor is Mr. Tharoor bothered then why would the players bother?

People and the media is bothered about Twenty20 world cup. But the same people and the same media was bothered about IPL too; then why is so much concern over the Twenty20 world cup disqualification? Who asked you'll to watch and prioritize IPL? It is just another tournament where Kolkata catches throat of Mumbai and Mumbai does the same with Chennai. IPL reminds me of the days of pre-independence when we all fought among each other. We haven't learnt anything from history and the recent "Kasab" drama showed the same.
Dhoni was  so caught up in winning against Sachin that he actually put his entire heart and soul in the stupid final. Bravo! He won!So what can we do about it? Our head is hung in shame at the international level. Once again we failed to become a "Superpower" in Cricket Twenty20. On one side there is Vishwanathan Anand giving glory to India while on the other hand there is this shameful event.
Vishwanathan Anand is not a brand yet, while MS Dhoni has innumerable endorsements. Cricket

is our passion but most of the time there is this shameful disappointment. They earn more than what Kings did in their times but they work more or less like to puppet kings of the British Raj. 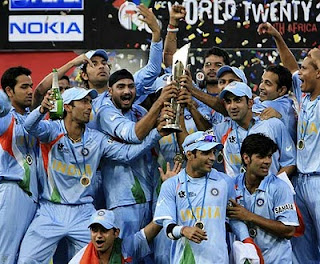 This shameless behaviour will be repeated in the World Cup as well. There will be some howl and cry, some reactions and then the water will become placid again. This will keep on happening until a sense of morality and patriotism touches the souls of our favourite cricketers. However, it is as unlikely as the rising of the Sun from the west!
Follow @aishwaryasweet

acekumar said…
Its not about the shame, and what is the wrong if Sachin starts playing twenty20 matches. He even is concerned about money, better then playing for Mumbai, he should have played for India. The only thing here is people are now jealous of Dhoni's money making.
Even Sachin make money
He does..... the difference is he is little slow, thats all.
Every player in Indian team wants the same..
Its wrong to say, shame on Dhoni..

Anonymous said…
dude just grow up man.........look at hi records ....and u r saying as if u were the indian captain , u would have rocked the india to all the icc trophies that only dhoni as a captain has won in the cricket history.......i think first u should go and clear ur stats and after that u dare to point a finger to dhoni......he is honest for the country...he has played for the country...and will play for the country....but i think u wont learn to be positive for ur indian captain....common man show some team spirit....be with india ...not against india....just too attract ur blog......the same thing ur doing.....somebody shoud hav pointed finger at u !!!!!