The PISCES Woman By Linda Goodman - 2

October 28, 2010
First of all, she's subtle. Ask Nicky Hilton, Michael Wilding, Eddie Fisher and Richard Burton-each of whom married a Pisces. As a matter of fact, the same Pisces. She is not only subtle, she's sometimes a bit deceptive when she practices her art of wrapping you around her emerald ear rings. 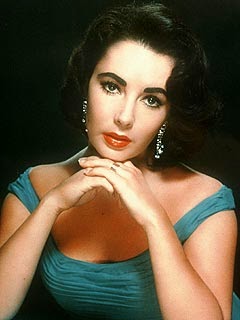 Now, you may know a Neptune lady who wears a ging ham apron and a shy smile, and who is the epitome of the devoted wife, homemaker and tender mother. You're think ing that she's neither subtle nor deceptive. Forgive my di rectness, but you are wrong. As for that Pisces lady you think is different, I know her, too, or one just like her.

She's a widow who lives in the Bronx, and her name is Pauline. She also wears a gingham apron and a shy smile -the whole setup. How can such a Fannie Farmer image be subtle or deceptive? I'll tell you. First of all, she wraps everyone around her apron strings. (She doesn't have any emerald earrings. Next year, maybe.) She's a short woman who has managed to stand up to the loss of a dear child, heartbreak, boredom, tragedy, fear, poverty, and even the confusion of sudden, very brief riches. She's coped with little boys' bruised knees, braces, lost galoshes; a husband's sloppy Sunday cook-ins in her neat kitchen-and the big gest mixture of in-laws-all speaking eight languages at once-you ever saw outside the United Nations. She has faced all this mishmash of fate like Rocky Graziano.

That's gentle? That's delicate? To this very moment, her two sons think of her as a charming, girlish, helpless, fluttery and soft little creature, who needs to be protected, and who can't quite understand how the lock works on the front door.

She's delightfully vague and dreamy. She doesn't know a thing about economics, but she manages to dress as though she was turned out by Sophie of Saks, cook frequent seven-course dinners for assorted grandchildren, pay the rent on time, and send exquisite gifts on holidays and birthdays- all on a monthly income about the size of one of Jack Benny's tips. She has the open love and affection of two daughters-in-law, and an incongruous group made up of the librarian, the super, the owner of the comer delly, the fruit man, half a dozen stray cats and children, the butcher, the newsboy, and would you believe it, even the landlord. She may have one enemy. The man she turned down before she married her husband. He probably joined the Foreign Legion in disappointment, and now I doubt if she even re members his name. Heartless females, these Pisces women. Subtle and deceptive. (But don't try to tell their neighbors that.)

Like the March winds, your Pisces girl will have many a mood. She's terribly sentimental, and when her feelings are wounded she can cry buckets. She'll look at you so re proachfully you'll feel as if you'd just shot a small rabbit. Pisces females sometimes get the idea they're hopelessly unequipped for the fierce battles and driving ambition re quired to survive. Then deep depression sets in. At these times you'll have to tell her she's admired for her deep, mysterious wisdom and her blessed understanding by every single human she has ever graced with her friendship. It's usually the gospel truth. The hardest lesson she has to learn is to overcome her timidity and her doubts. If the fears go deep, she'll shut herself off from others, then wonder why she's lonely. She's often afraid of imposing, pushing too hard, taking advantage, when such thoughts are in no one's head but hers.

Now and then a Pisces girl will cover her shyness and vulnerability with wisecracks, a sophisticated veneer and a frigid independent personality, but it's merely a cloak of protection, worn to hide her uncertainty from the prying eyes of rough people who would bruise her genfle heart if she exposed it. I know one who pours out her real soul by writing lovely song lyrics with a secret message woven in the shades of her soft, very private dreams. When she's not writing, she's the picture of the brittle, callous, career woman she wants people to see.

Yet, even this type of Pisces is unable to fight her Sun sign. With all her make-believe independence she waits on the curb and lets the man whistle for the cab. There are some things one just doesn't do, as far as Neptune women are concerned; not acting like a lady in public is one of them. She fools a lot of men who could quiet her inner fears and make her take back her frequent claim of, "Who needs a husband? They only mess up your life." Imagine a statement like that from a Piscean, who needs to belong to someone more than she needs to sleep, eat or breathe.

A Pisces girl will give all of her heart to her children, except for the large chunk she saves for you. She'll love them all, but the ones who are uglier, weaker, smaller or sicker may have a slight edge with her. Only a Pisces movie star would pass up the little dimpled darlings and adopt a tiny, crippled tot with frightened eyes. Female fish are the greatest women in the world for understanding the shyness of small boys and the growing pains of awkward adolescent girls.

A Piscean mother spins a thousand wispy, cobweb dreams over each bassinet. She'll sacrifice anything so her children can have what she was denied as a child. She may be too permissive. Administering discipline is difficult for her, and she must realize that a lack of firmness is often as bad as severe neglect. In a way, it is neglect, of building the small characters in her care, who need firm guidance to leam to swim alone. If she's guilty of too much softness, explain it to her kindly. She'll comprehend without bitter ness, and begin to give the hairbrush a workout. Still many Neptune mothers manage a happy medium between dis cipline and kindness, and their offspring do them credit.
A Pisces woman will gladly let you cam the bacon and cggplant. She'll probably prefer not to enter the brutal com petition of the commercial world, unless you desperately need her to. She had enough of that (if she's a typical Neptune girl) when she worked for that big, confusing company while she was waiting for you to rescue her. Some, not all, but some Pisces women are a wee little bit extrav agant. She may need some help figuring out why the bank's balance doesn't reconcile with her stubs, written in Sanskrit. Still, when an emergency forces her to adapt her champagne taste to a skim milk pocketbook, she'll man age.
She listens to the ocean, and it tells her things.

In the> midst of the city, she still hears the waves of Neptune whispering to her Pisces heart more, perhaps, than she wants to know. Don't forget her birthday or your anni versary or the day you proposed. She won't. I'll always remember the Pisces friend I went to school with in West Virginia. She was tiny, with long, dark hair and those strange Neptune lights in her greenish brown eyes. She mar ried (among several other men) a big football star; it was a totally unexpected elopement. I remember when she asked him why he proposed. She was curious. "Well," he told her, "it was the funniest thing, Shorty. I didn't have the slightest idea of proposing that day.

We were in the park, near the pool. The chicks who were lying around getting a tan had wet, stringy hair from swimming, and they looked all hot and sweaty on the benches. You were sitting there under that tree in a white lace dress, and you looked so cool and different from the others. You looked like-well, I guess you sorta looked like a girl." That's the subtle secret of the Pisces woman. Whether she follows Neptune's call as a dedicated nun in a convent or as a sultry songstress in a noisy nightclub-she's a girl. All girl. One hundred per cent.