The SCORPIO Man by Linda Goodman 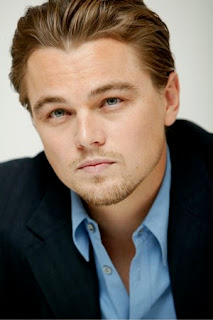 And her eyes immediately met those
of a large, blue caterpillar
that was sitting on the top with its arms folded, quietly
smoking a long hookah . . .
The caterpillar and Alice
looked at each other in silence,

If you're in love with a Scorpio male and the word passion frightens you, put on your track shoes and run as if King Kong were pursuing you. He is.

I'm not speaking of romantic passion alone, though that may be at the head of the list. I also refer to pas sionate intensity about politics, work, friendship, religion, food, relatives, children, clothing, life, death and any other categories you can think up. A Scorpio man is not exactly what your psyche needs if you're repelled by emotional excess. Don't look back. Just run.

You'll think I've taken leave of my senses if you've just met that particular Pluto person. He's so calm and steady. How could anyone with such obvious self-control be passionate, let alone dangerously so? How indeed. Be cause he's only bluffing with the surface cool. Inside, his passions are as red hot as that stove you burned your hand on when you were three or four years old and getting into things out of your reach. This man may also be out of reach. He's sizzling underneath his deceptively controlled manner. Don't touch. You know perfectly well how long it takes for bums to heal. Remember? Your hand was stinging for weeks after that episode with the stove when you were in your Buster Browns.

After this experience, your heart will burn for months, maybe years, and first aid kits will do little good. Grandma's favorite saying, "An ounce of prevention is worth a pound of cure," applies to both stove burns and Scorpio singes, so play it safe. Make sure you know where you're going and with whom.
If your Sun sign gives you an asbestos, fireproof nature, go ahead and play with explosives. You may be able to keep the flames under control and have yourself a powerful fire to warm your heart for a lifetime. Perhaps you're pas sionate about things yourself.

Fine. Then it's simply a mat ter of degree of heat. If your passion has an automatic thermostat, so it can be turned down to cool when his reads hot, you're safe. Let's pretend you are. The girls who are in danger should be in the next state by now, if they ran fast enough. They'll thank me someday after they've married a nice, safe Libran or Cancerian.

As for you women who have analyzed yourselves as safe in a Pluto relationship, let's see if we can find what's hidden behind those hypnotic, piercing Scorpio eyes. It's pretty certain he hasn't made a neutral impression on you. He's either got you thinking he's boyish and sweet, or that he's wicked and passionate. (There goes that word again.) The trouble is, he's neither. Or maybe I should say he's both. Well, this isn't getting us anywhere. Let's start all over again.

In a word, this man is invincible. Just behind his frosty reserve is a huge pot of boiling steam that bubbles and seethes continually. If you're lucky, he'll keep the lid on. tight for a lifetime, but a deep injury can blow it right off with a brilliant explosion. It's kind of fascinating to watch. if you're not in its direct line of destruction. Step aside, if you feel it coming. And don't do anything to cause it yourself.
Hell bewilder you with his twin Scorpio traits of passion and reason. He's master of both: intellect and emotions rule him equally. Scorpio is more than intelligent. If he's a highly evolved specimen, he's also deeply philosophical, concerned with mysteries of existence, and he'll come close to knowing the answers.
There are Scorpios who can live a spartan existence in a bare room, denying themselves every comfort for some obscure, aesthetic reason, but the true nature of the sign is sensual.

Normally, Scorpio will surround himself with luxury. He'll lean toward excesses in food, drugs, drink, and yes-in love. Most assuredly in love. He's geared for it, with confidence. Romance will never frighten him, puz zle him, or catch him unaware. It's been on his mind ever since he rode his first bicycle. Maybe even his first tricycle. Of course, you could conceivably know a Scorpio who is so absolutely innocent-looking, with such disarming, youthful charm and lack of obvious seductive mannerisms, he's convinced you that passion is over-rated in Pluto males. He may even have freckles, and a whole drawer full of Boy Scout merit badges. But ask his wife. Try some­thing like, "Say, Bertha-or Rosalie-or Sheila-or what ever-is your husband, well, is he passionate?" She might summon enough dignity to tell you it's none of your busi ness, but your answer will most likely be hysterical laugh ter.

Between her peals of mirth, she'll be remembering many days of his intense, passionate declarations about air pollution, housebreaking the dog, narcotics, long hair, birth control, and many nights of ... well, and many nights. This will be true even if her husband looks like Huckle­berry Finn, and doesn't even remotely resemble King Kong.

These men have an explosive temper that can strike a life-time wound. When the Scorpio lashes his deadly tail, the sting bites hard. He not only enjoys winning, he has to win. Something inside him dies when he loses, even in small ways; yet oddly enough, a Pluto man normally prac tices good sportsmanship. Like all his other emotions, dis­appointment never shows on those set features, and his reactions are rigidly controlled, including his romantic in tentions. If there's a good reason to avoid the relationship, hell bum inside while he's projecting a glacial calm out wardly.

Watch Out for the Book SCORPIO MAN: LOVE, LUST AND OBSESSION BY NIKITA GHARAT