December 19, 2010
"The heroine of the movie is of course, Meenaxi, played beautifully by the talented, ravishing and gorgeous actress Tabu. I must admit, that I never found her more beautiful in any of her earlier films than in this one." 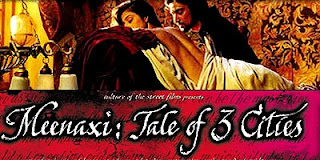 "The other lead in the movie is played by the talented actor, Kunal Kapoor. Kunal is another mystery man for the author. "

Anonymous said…
You have seen the spirit of the film, and also made me see it, thanks for this wonderful insight. jaya
March 1, 2011 at 11:15 PM

Aishwarya Gharat said…
thanks, the movie is surely worth watching
April 4, 2011 at 7:29 PM