Scorpio Man: Up, Close and Personal!

April 04, 2014
A Scorpio man is very fine man, no doubt, he owns very elite qualities. Remember! Before getting in relationship with him, you really need to know about him completely. Let's read here what traits he possesses, what nature he has, or what behaviour he exposes. 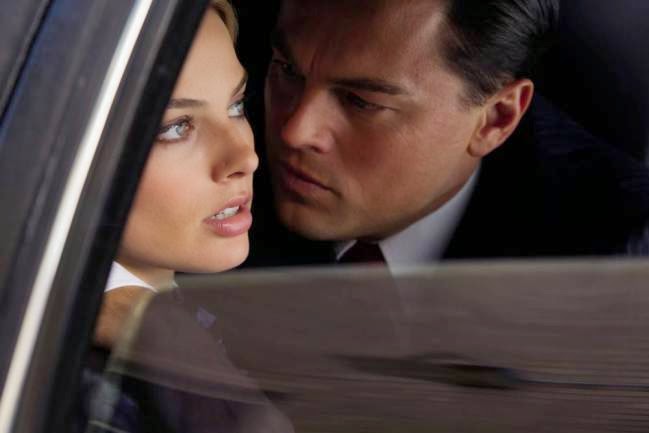 All captivating qualities like exquisite, abstemious, fashionable, and well-dressed features you can notice in a modern Scorpio man. But one thing certainly identify him is his high attitude. He behaves like a prince. He shows his higher demands and less satisfaction. You can find him unsympathetic or detached. Making money and maintaining huge bank balance is his passion. However his expending is also high.
A Scorpio man owns an awesome personality. With his enthralling beauty he can mesmerize any one. A very sharp quality in him that he can read your face what is going in your mind. You really can't hide your emotions or intentions from him. A Scorpio man is strong-minded a brilliant person. He will catch what is your point of talk in just a fraction of second.
A powerful personality you can notice in a Scorpio man. He is very fond of making fine social network and healthy friendships.
His taste is standard and selective. He likes to go with a complete woman. He does not prefer even a little immaturity in his lady. His charisma is captivating that you can't ignore him. Cancer, Scorpio, or Pisces lady is most suitable for him. But there is no compromise word for him. He merely sacrifices anything to sustain his relationship. He can't easily forgive any mistake committed by you. So it is you only who can truly understand him, and put efforts to maintain harmony in relationship. You can't stop his demands but yes can suggest him to be in control.
He doesn't know what the compromise is, because when things are not good for him he leaves it. He is also very jealous. A Scorpio man is considered to be the most profound, intense and forceful person among all gentle men of other zodiac signs. He is intuitive too. His potential to see deep insight supports him to deeply understand any person in a minute. This of his ability can make him successful in the field of psychology.
You can't easily judge his good and bad qualities. A Scorpio man is also a mysterious person. Or you can say he is completely a man whom you can't understand easily. He is always inclined towards achieving the grand success. His intense wish of achieving success often make him a profit-oriented man or selfish who only focuses on his selfishness rather valuing other person in life. He has a breathtaking potential to penetrate the fire. And he shows it. But his nature of not to comprise the things often pull him from success.
Remember! He will never accept your tiniest fault at any case. He likes perfection in his lady.
But when he is in love he will express his boundless feelings. While he hates someone he has unlimited aggressiveness too. You can know him as a hard-hearted person when he dislikes you. And at this time you can't expect his sympathy.
A Scorpio man makes a good difference between love and flirt. And he mostly likes flirting with girls. Remember! He is a very sharp minded guy so you can't easily fool him. He is a likes a highly impressive girl not only by her beauty but by her deeds also. He presents his work in such an impressive manner that his dignity is enhanced.
However, he has no satisfaction even if he earns millions of pounds. He, in fact, wants more and more in life. He feels something is short in life. In relationship also, he has higher desires or demands as his gratification is low and expectations are high.

My take on the article above: Well, it is not written by me! However, I can say that I agree with some points while with the rest I don't. Scorpio man is not a nitpicker, he can be blind to your flaws. He is not a Libra to constantly judge you by everything you do. He is not passing any judgments on you regarding your social status or family background until unless you show shady traits yourself. He is not weighing pros and cons of being with you. He doesn't intend to charm you and then waste your time by not committing to you. He is not moved by superficiality. What the above article, fails to capture is the soul of the pluto man!

A typical Scorpio Man is a POWERHOUSE, he seeks power in love and in the world. He seeks power in a mate, YES! He does!! He will look down at those who become his easy prey, fall at his feet just as easily. Now, how is he different than the Libra then? Libra will judge your behavior by your status, family background, intellect and may be your beauty alone. If you have any of the two things overpowering the third then you pass the "Libra Test" of admiration. Whether you will sustain long enough to pass the commitment phase will depend upon your future ranking. Librans always put their choices in competition with each other to weigh their pros and cons. Why am I dragging the Libra in this Scorpio article? Because the article from astrosage, speaks more of Libra man than of a Scorpio man.  "His taste is standard and selective. He likes to go with a complete woman. He does not prefer even a little immaturity in his lady. His charisma is captivating that you can't ignore him. Cancer, Scorpio, or Pisces lady is most suitable for him. But there is no compromise word for him. He merely sacrifices anything to sustain his relationship. He can't easily forgive any mistake committed by you. "

The Pluto man,  will judge you by your character alone! This is a finest human trait. He likes you for yourself and not because you are etc etc. He knows why he likes you, he admires you and he wants you. He alone is the law unto himself and he alone will be the judge. If you are innocent, pure, spiritual and selfless in love he will give you the world. He likes immaturity, but doesn't like disrespect. He cannot suffer fools and stupidity is prohibited. He admires power to stand alone. Despite of his control freak nature, he admires an independent woman. He will give you all the three worlds and expect nothing other than your love in return. He will give you his soul which  he never gives to anything or anyone other than his most priced possessions.

A Pluto man is always attracted to Persephone women.  Just like the myth, she is Hades's only desire and soul-mate. She is his dream girl.  He seeks an adventurous naive beauty who shines with enthusiasm. Hades did not pin-point Persephone's flaws, he was forgiving and loving towards her. He loved her innocence and made her the queen of the underworld. He wooed her with the treasures of his Kingdom. His only condition was that she never must leave him!


Watch Out for the Book SCORPIO MAN: LOVE, LUST AND OBSESSION BY NIKITA GHARAT