Asteroid Dejanira: The Victim, The Magnet In Natal and Synastry 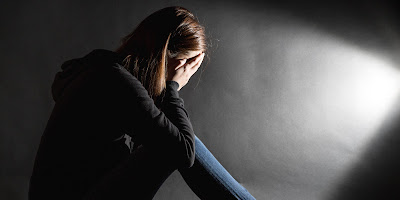 The damsel in distress, Dejanira was the wife of Hercules. I've mentioned it in my previous article. Dejanira wanted to cross the river, a centaur known as Nessus offered to help as he would ferry people from one end to another. In the middle of the journey, he lost his control and began to force himself on Deja. Her husband Hercules killed him with a poisonous arrow. However, the dying Nessus manipulated the insecure Deja to make Hercules wear his bloody coat to make him loyal to her.

She took the coat and made Hercules wear it which led to his death. Nessus represents lust out of control. He is passionate like Pluto but wild like Mars. To say, he is a combination of both. He is untamed, aggressive and deeply manipulative. Dejanira is naive, innocent, vulnerable, attractive, magnetizing and feminine. This makes her a victim. In your natal chart, Dejanira will symbolize the place where you will be victimized. The sign will show the reason of victimization or channel of victimization. Deja also shows the qualities we lack or where we feel most vulnerable.

She shows the point where we will be hurt the most. She is not Chiron, the wounded healer, who shows the qualities we must teach others. She shows a subject in which we are most likely to fail but need to pass in it as badly. Dejanira is determined to cross the river but she does not know how to go about it. So, she gladly accepts the first offer that comes her way. Imagine yourself in a new office and the challenge of creating a good impression in order to get the job permanently. This is a classic case of Deja, this is the time when you can easily become a victim of office politics.

Click here for more Dejanira in houses and synastry. Stay tuned for Dejanira and Planets/Angles and aspects in natal and synastry!

Anonymous said…
Very insightful. And you explain it so well, looking forward to more!
November 30, 2017 at 7:23 AM

Aishwarya Gharat said…
thank you, you can check out the other article http://smartyoungsters.blogspot.in/2016/06/dejanira-in-houses-and-in-synastry-love.html