Why Mumbai is the Maximum Destination For Budget Travel

Figure out ,Why Mumbai is the Happening Place for Global Tourist 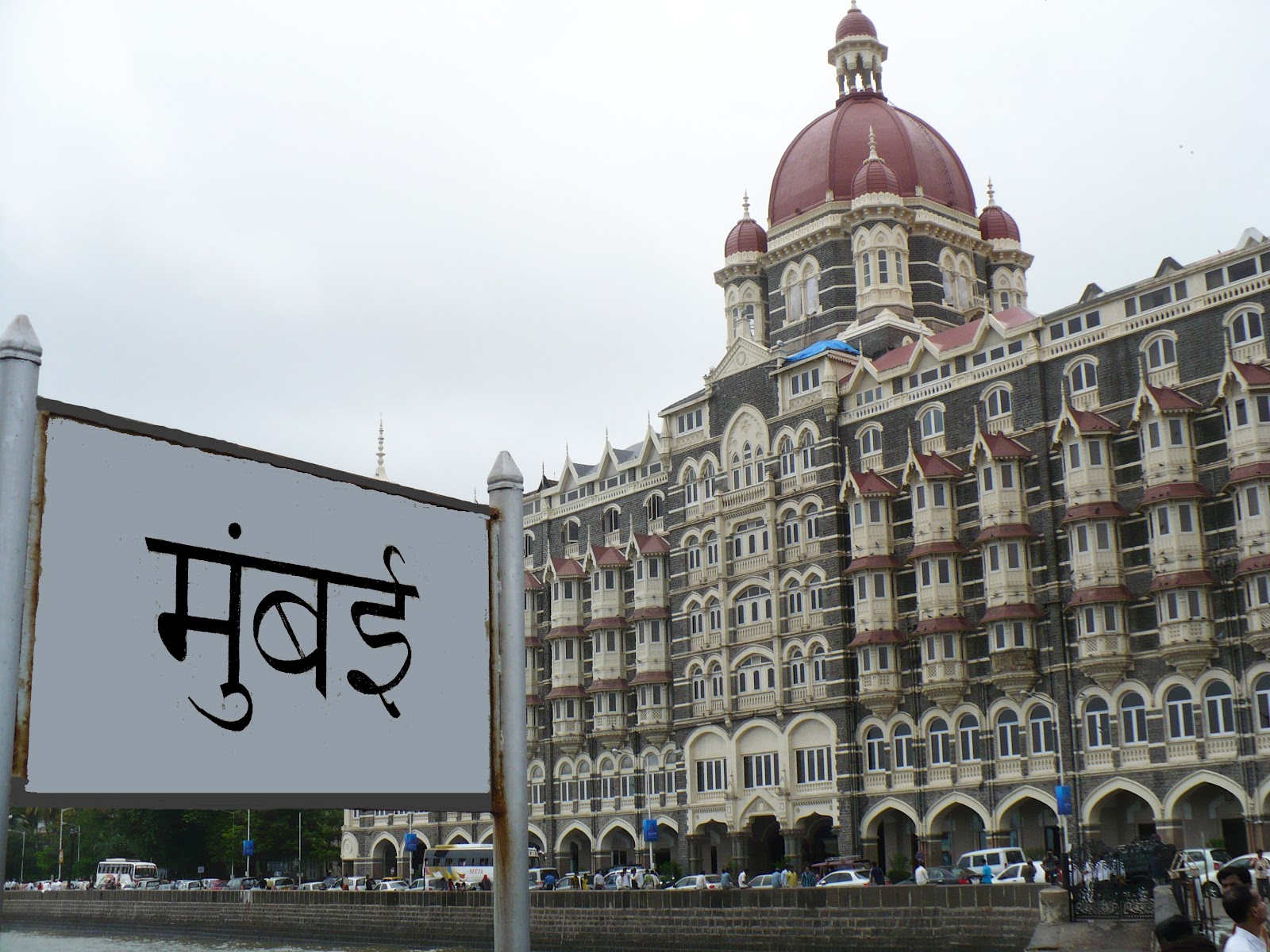 Just visualize a beautiful, sun-drenched coast, an enticing Arabian Sea, and a year-round daily forecast of 27.2 Degrees Celsius, and you will know why this island city of Mumbai as well as the Financial capital of India is also about outdoor fun. Discover top parks and attractions like Sanjay Gandhi National park,Gateway of India,Taraporewala Aquarium and Filmcity and much more.

Rejuvenate at legendary retreats like TAJ Mahal Hotel , find art and culture in Jehangir Art Gallery and surrounding places like Chhatrapati Shivaji Maharaj Vastu Sangrahalaya  or watch a thrilling  Cricket Match at Wankhede Stadium. If you still want more fun then you can  enjoy culture and diversity, at the edge of a sparkling Marine Drive or Queen’s necklace.

As if all that enjoyment   isn’t enough, Mumbai is a waterfront city brushed by  exemplary breezes, the light just perfect, the wine impeccably  cheerful after a day of fun and frolic. No matter what, you will always find yourself smiling in  this capital of Maharashtra.

The city we know as Mumbai is one of the most exhilarating and dynamic cities across the globe. Mumbai is  renowned as a center of,entertainment, arts, sports, finance and much more.However, most individuals, are not aware of the history of this "City of Dreams". 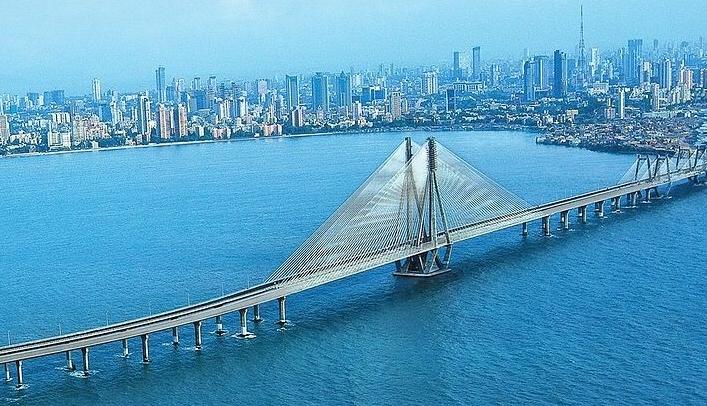 How was this fascinating city born?

The name Mumbai is derived from the name of a Goddess called Mumbadevi, whose temple is located in Bhuleshwar, near the Marine Drive station, in Mumbai.Mumbadevi has been worshipped since  ancient times by the original natives of Mumbai, the Kolis or the fisherfolk,a Marathi fishing community.

The history of this vibrant city  stages back to the  establishment of the seven islands, called  Old Woman's Island,Colaba, Mazagaon, Parel,Mahim, Bombay Island and Worli.The Maurya Empire ruled the island city in the 3rd century BCE, and made  it a centre of Buddhist and  Hindu culture and religion.Eventually, the city came under the sway of many other Hindu dynasties

Bhimdev, an eleventh century  King  established his kingdom in the region of  Mahikawati,  which is known in the present times as  Mahim.He belonged to Solanki alias Chalukya clan and v came  from Gujarat  with his followers  to Mumbai.King Bhimdev  is credited with the foundation of Mumbai.

Later on the Muslim Sultans of Gujarat took over  the islands  in the 14th century, ultimately surrendering  it to the Portuguese  in 1534. The single   contribution  made  by the Portuguese to Mumbai was naming it Bom Bahai or Bombay, prior to giving it as a  dowry of Catherine of Braganza when she  tied the knot to England’s Charles II in 1661. This changed the the course of history of Mumbai and it soon rose to a prominent place  in the Country. That is why the city is full of  enchanting heritage buildings where you can  witness the astonishing examples of  awesome colonial architecture. 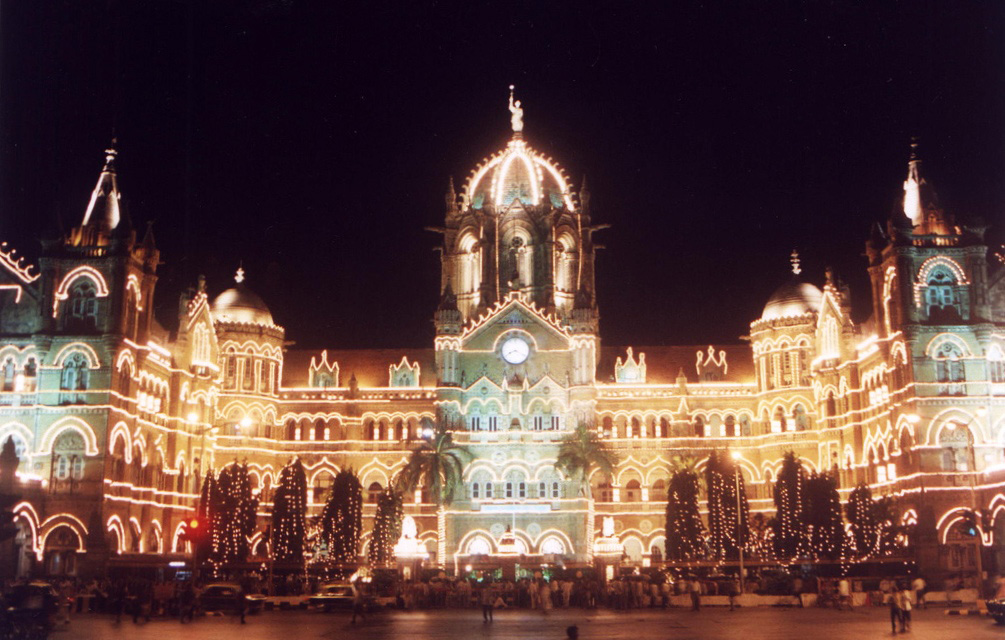 Mumbai , the Glamour Capital of India

It may measure 603 square kilometers, but Mumbai rightly  ranks as one of the distinguished cities in the world.So, welcome to the bright lights and big-city allure,in Mumbai, A-list celebrities actually do walk the sidewalks,  with a coffee in one hand and mobile phones in the other. With a network of  trains, buses and Metro Railway slicing through the city, travelling in the city is not that challenging, anymore.

And when the sun sets, this capital city of Maharashtra, comes to life in a completely different way, with pubs thumping to the beat of the latest rock band, a cluster of starlets swinging  in the first row. Beautiful Pools,rooftop bars, restaurants  that pull uber chic crowds, while searchlights crescent the night sky, displaying  in style the recent silver-screen premier.

What you can do in Mumbai?

Glide on a pair of designer shoes in an extravagant  boutique in Juhu. Have fun  at  numerous parks, explore the celestial sphere at Nehru planetarium, Worli, or let your hair down in an A list pub. Welcome to  Maharashtra’s happening city, India’s entertainment capital, with high class  power and nonstop  environment. No wonder, Mumbai  is called the city that never sleeps.

Some of the tourist attractions of Mumbai 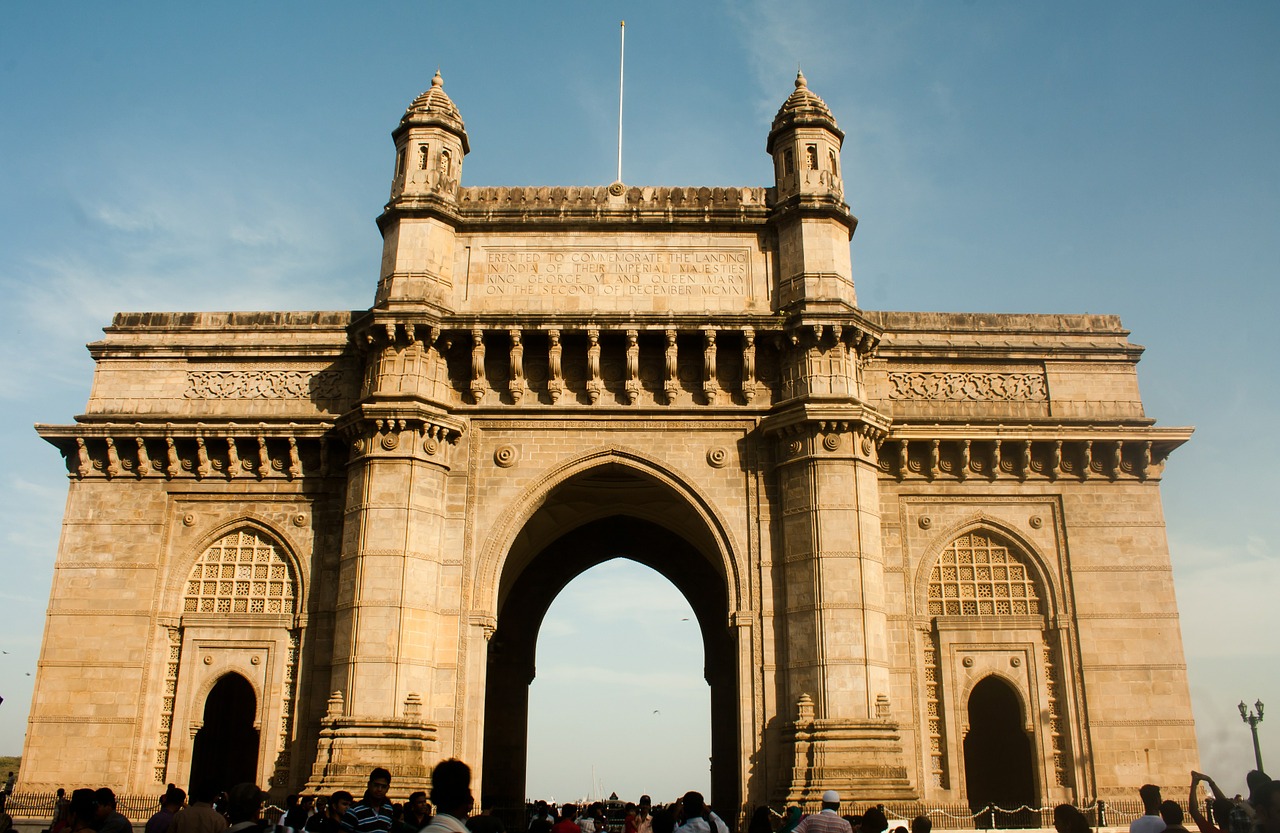 Mumbai's most  prominent monument, this is the first place every tourist who wishes to explore the city, visits It was built to commemorate the visit of King George V and Queen Mary. However, as soon as the British Raj got over, the  emblem of colonialism got Indianised and started attracting hordes of foreign tourists as well as Indian  citizens. On the rear side of  the arch, is a flight of steps leading down to the water. Over here, you can go for a short cruise to Elephanta Caves, Mandwa Alibaug or just enjoy the Arabian  sea. 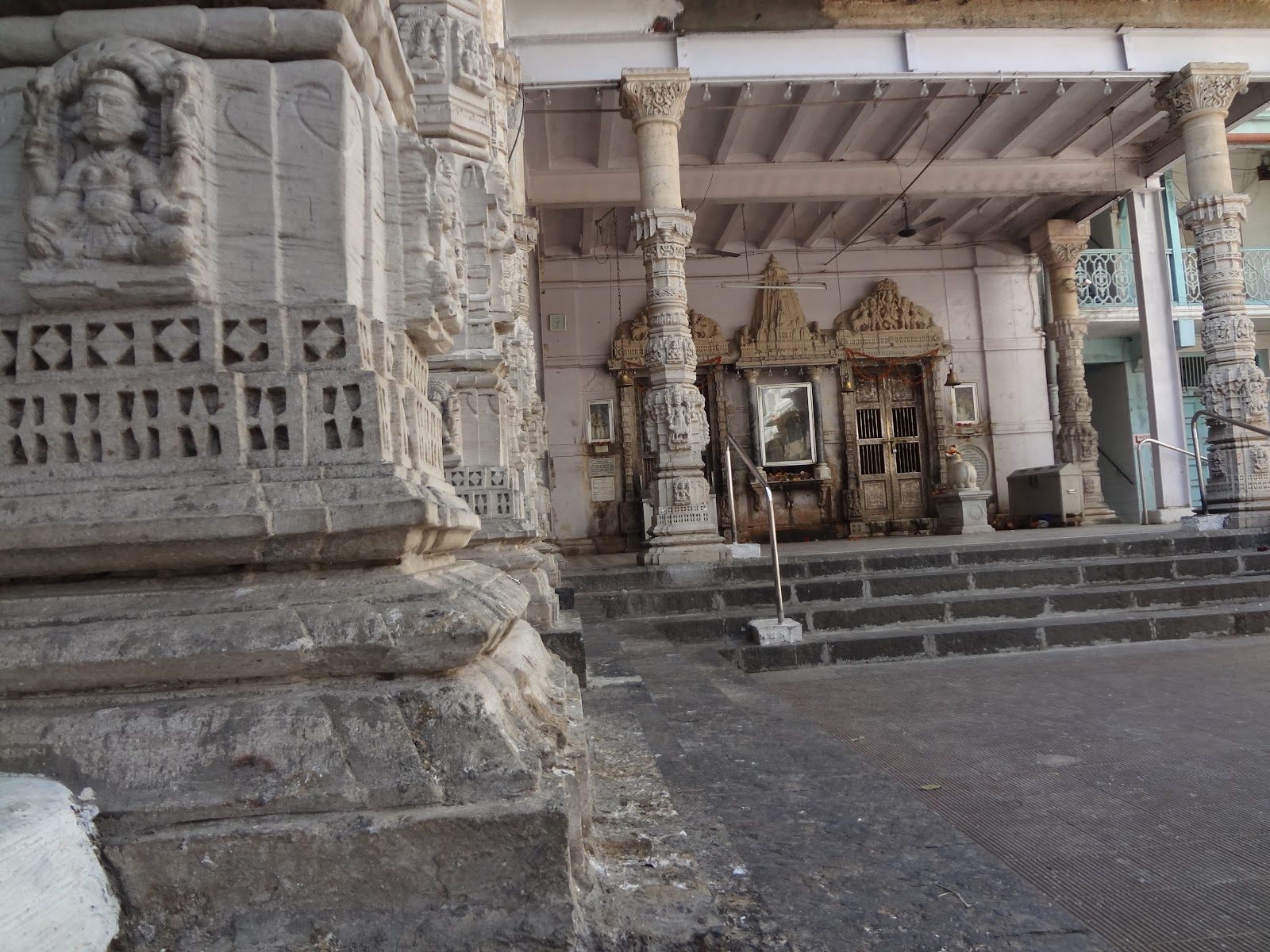 
This majestic temple of Lord Shiva was built in 1780 . The temple situated  at approximately 1000 feet above sea level, over seeing the spectacular  Arabian Sea. Babulnath is  a must visit place for those who wish to know the city.  It is the perfect  place, if  you are looking to find both peace and tranquility.

The  splendor and elegance of the temple is  sure to make you forget  your worries and apprehensions. It also gives you the feeling of being on Mount Kailash, the eternal abode of Lord Shiva .The nearest station to reach Babulnath temple is Marine Drive.

3.The Prince of Wales Museum.

Now known as 'Chhatrapati Shivaji Maharaj Vastu Sangrahalaya', was  formed during the first half of the  20th century.The  wonderful architecture of this museum has made  it   a heritage structure of  Mumbai. The Chhatrapati Shivaji Maharaj Vastu Sangrahalaya is one of the most eloquent museums in India. The museum  displays numerous collections of  age -old  artifacts ,artworks and  sculptures in its galleries. 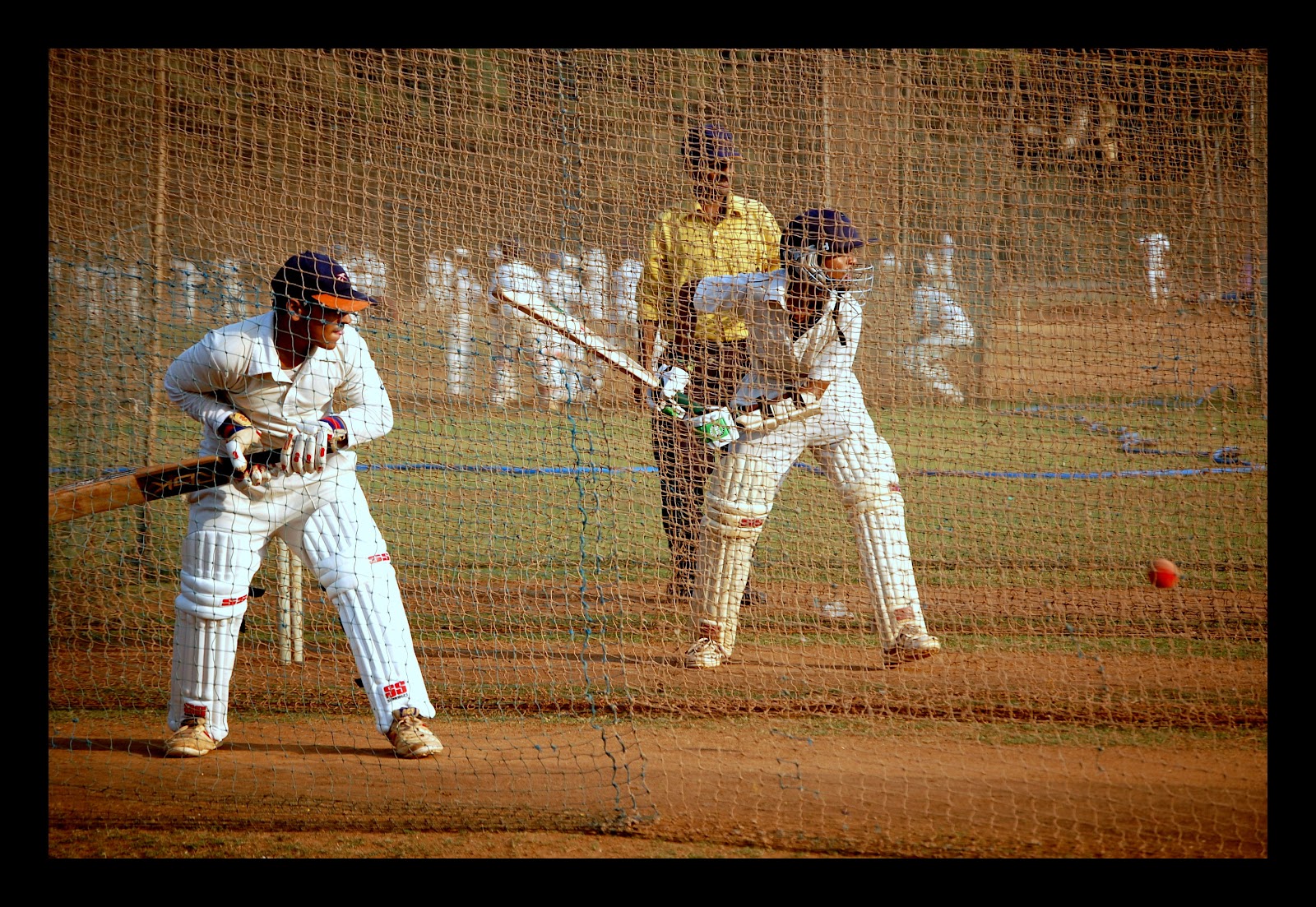 Shivaji Park is one of the biggest parks in Mumbai with a magnificent history. It was  established in 1925 and honored it on the name of  17th century great warrior king,  Chhatrapati Shivaji Maharaj . A huge  bronze statue of   Shivaji Maharaj riding his horse  is located on north side  of the park.

Juhu Beach is one of the most popular beaches in Mumbai. It is considered  to be the one of the most -frequented beaches of  Mumbai and is located in Vile Parle'. It is a most preferred location for Bollywood film shootings. Juhu Beach has a opulent  locality where most of the Film and Television celebrities such as Amitabh Bachchan, Hrithik Roshan reside.Hence, it is quite natural to see renowned  celebrities taking walks along the sands of this famous beach in Mumbai. 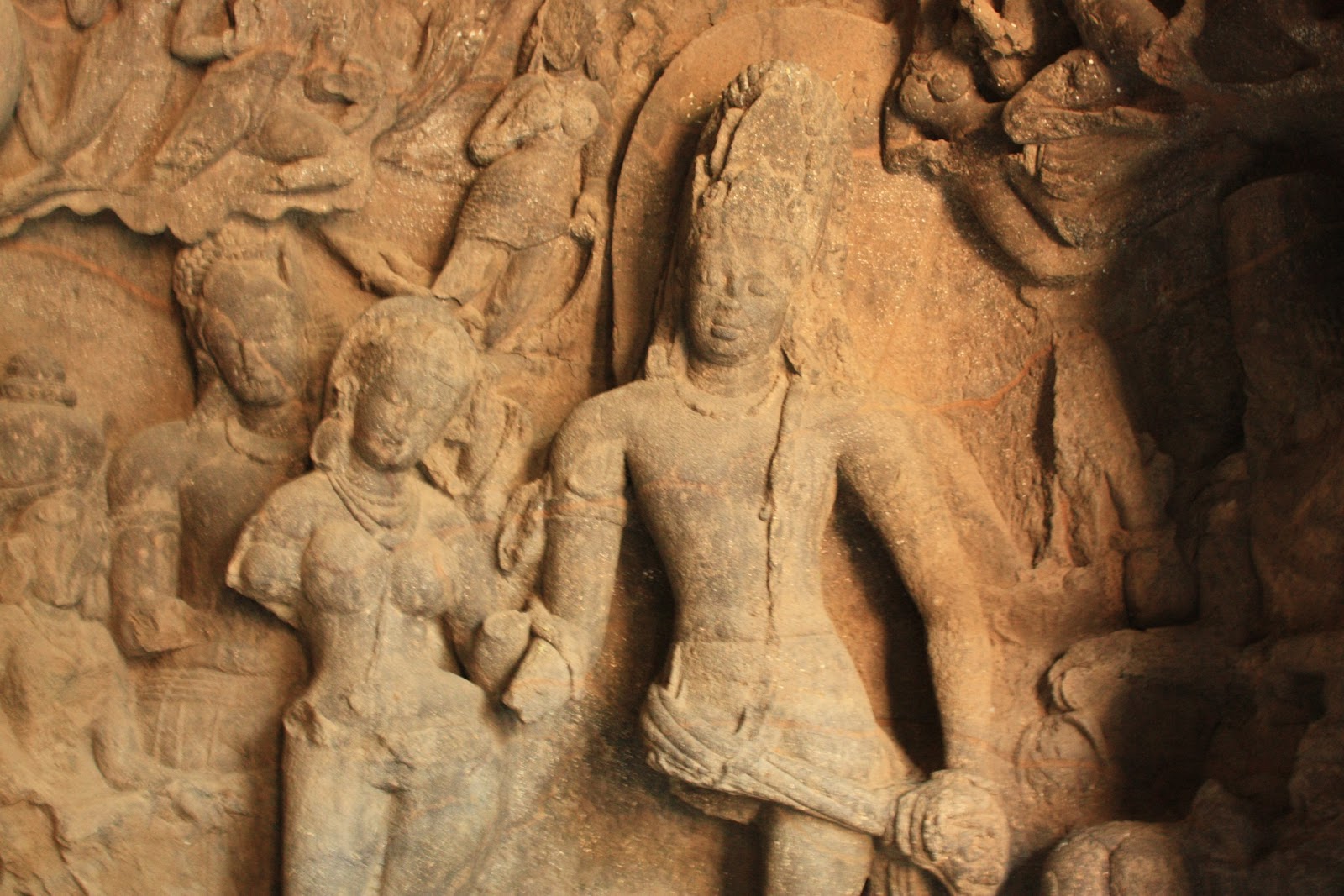 6. Elephanta Caves
Located just about 9 nautical miles over the sea from the  majestic Gateway of India are the famous Elephanta caves, locally called as 'Gharapuri'. In the local language which is Marathi ,Gharapuri means ‘the city of caves”.

It is a must visit island for heritage aficionados. The lush green island is full of 7th century wonders, the diligently carved  rock-cut  Lord Shiva cave temple.

Especially, the image of Maheshmurti is mesmerizing and captivating , it shows lord  Shiva as a creator, protector and destroyer.You can take a ferry from Gateway of India to reach this UNESCO World Heritage Site known as Elephanta caves.

Likewise for archaeological excavation fans there is another one such heritage site Ajanta and Ellora caves ,which they simply cannot afford to miss. Although , Ajanta and Ellora are not located in Mumbai , but you can easily visit them when you are in the city thanks to the awesome transportation system. 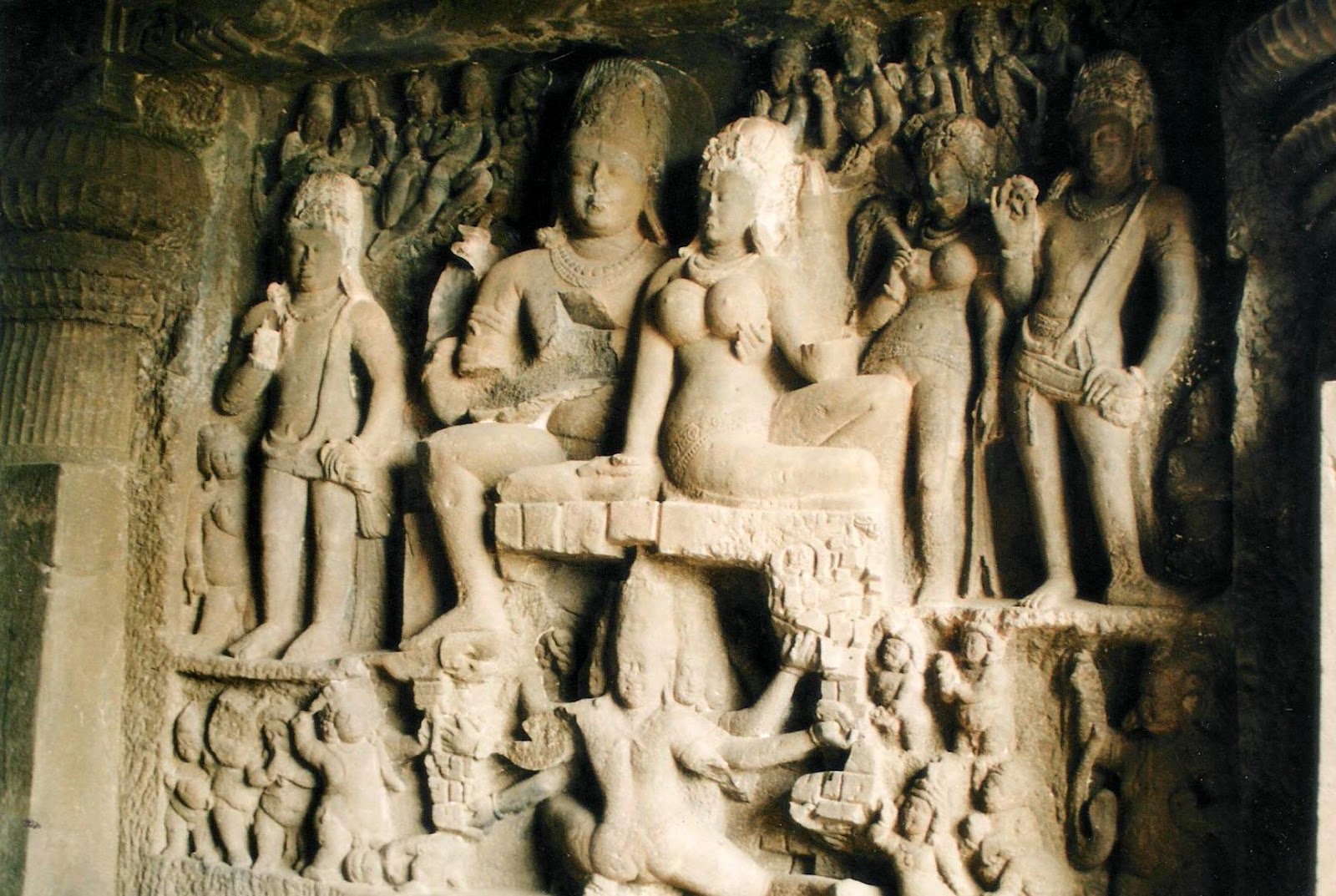 If you wish to  make your visit to Mumbai an unforgettable  one, then you must see  the caves at Ajanta and Ellora! These caves are one of the most  distinguished  illustration of age-old  Indian architecture, the Ajanta and  Ellora caves exhibit  the artistry of the yesteryear and still stand  wonderfully for the entire  world to  relish in their  legendary and spellbounding beauty. Approximately, constructed between the 2nd and 3rd century BC, the mythical caves  are some of the  few remaining tributes of an enigmatic, Buddhist culture prevailing in  ancient India.

The magnificent caves were first spotted by a British Army  Officer  in 1819 during one of his expeditions. The caves were  named after  a nearby village named Ajintha, situated from about 12 km from the caves. These caves are hewed in horseshoe  design of rock surface about 76 m in height  near  a small stream called  as Waghora.


Ajanta and Ellora caves  are situated in a panoramic valley  in Aurangabad district of Maharashtra .Ajanta is only 100 km from Aurangabad  and Ellora is 30 km from it.

Aurangabad is well-connected to Mumbai both by  rail and road. Jalgaon Station is the nearest rail head to reach the caves. You can also take a flight to Aurangabad from Mumbai and  then hire a local taxi or travel by the state-run buses to reach the Ajanta Ellora Caves.