I think to blame Parvatibai Peshwa has been a pretty unfair thing. One must also credit her for urging Savaai Madhavrao to write a letter to Bajirao ll for making him the Peshwa. After all, he was the one who encouraged the fiery Manikarnika to face the British fearlessly.

Parvatibai’s character has been destroyed by those who didn’t know that she found her way back home from Panipat on her own . Nobody helped her, she was also the one who urged the Dogra Rajputs to help her husband when everyone had turned their backs on him.

Another fact is that, both she and Radhikabai- Shrimant Vishwasrao’s fiancee were trained in warfare and administration at AjinkyaTara by Chhatrapati. Therefore, they knew self-defense, the whole story of painting Parvatibai as a damsel in distress is done to save the skin of those who fled the field.
The documents are written by either court authors or by those themselves who were veterans but still preferred to flee.

Bhausaheb at the beginning of Panipat's mohim assigned Parvatibai the duty to take care of the women and children who were accompanying them. This can be confirmed from the last letter he wrote to her in which he stated that she knows how to take care of herself and so she has responsibility of other Maratha women.


Despite of this, many historians tend to overlook the facts and glorify people like Malharrao Holkar who ruined the entire Panipat mohim to save Najeeb Khan. Parvatibai was well-versed in administration and political affairs. From childhood, being passionate about hindavi swarajya got her Chhatrapati Shahu's attention. She was born to a Chandraseniye Kayastha Prabhu mamledar from Pen whose elder daughter Avabai was married to Sardar Gupte (also prabhu by caste) of Nashik. Parvatibai belonged to a middle-class household and her father never dreamt that Chhatrapati Shahu would adopt her owing to her sharp intellect and keen interest in swarajya.

She was curious, chirpy and extremely talkative right from the age of three years.

Both Peshwa Bajirao and his patriotic younger brother, Shrimant Chimaji Appasaheb were fond of little Parvati. She would enthusiastically ask them stories of their valour. At Shaniwar Wada, both Peshwa men would narrate her active interest and smart stories to their very patriotic and swarajya oriented mother Radhabai.

This grew the old wise woman's interest in little Parvati and she urged Chimaji Appasaheb to fix her marriage with the introverted but mischievous young Sadashivrao. There was 4 years of age difference between the two. Chimaji Appa sent a man to Sardar Gupte's household at Nashik where little Parvati was staying for sometime. However, that person gave a critical report to Radhabai saying that she was too talkative.

But Chimaji Appa and Radhabai felt that she was perfect for bhausaheb who rarely spoke.  Still, money became a factor and since, Parvatibai's father couldn't pay for Chhatrapati's Swarajya Mohims her marriage was canceled. Bhausaheb was married to Umabai Mehendale.

This disturbed Radhabai very much because she was already upset with Gopikabai's marriage with Nanasaheb, it was also done for the same reason. Gopikabai had brought "obsessive power politics" to Shaniwarwada and Radhabai feared that if Umabai turned out to be like her then the  cause of Chhatrapati Shivaji Maharaj's Hindavi Swaraj and Akhand Bharat would get killed.

However, few last years of her life turned out to be relieving for her. An unfortunate death of Umabai, gave three swarajya dedicated people namely Radhabai, Nanasaheb and Chhatrapati Shahu a chance to get Parvatibai and Sadashivrao together. It also brought another good news to Nanasaheb with his eldest son, Vishwasrao's marriage being fixed to Parvatibai's niece and Sardar Gupte's daughter Radhikabai. They were also four years apart. 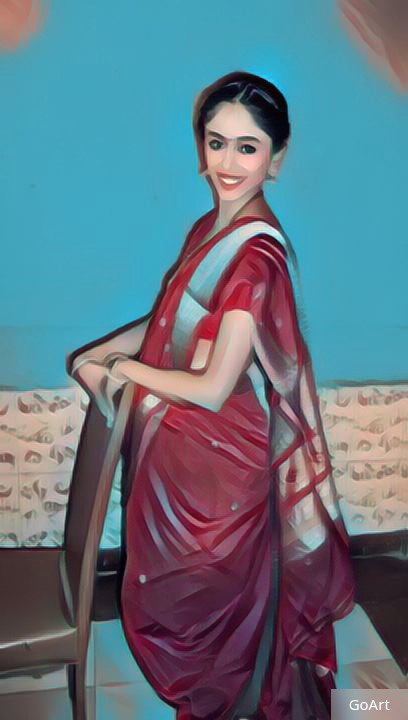 The young Parvatibai was never interested Shaniwarwada's internal politics and believed in keeping the family together for Swarajya.  Unlike Umabai, Parvatibai encouraged Bhausaheb to participate in swarajya mohims and helped him in administrative affairs. She believed in her husband's ability and fierce patriotism.

Radhabai and Nanasaheb were impressed with her and wished that Peshwa Bajirao and Chimaji Appasaheb were alive to see those days.

People criticize her for not accepting her husband's death and keeping the vermillion on. Which woman would believe the accounts of those who either fled the field or never supported her husband or both? Bhausaheb was invincible and he was a great diplomat, the only reason why nobody supported him was that no one wanted to see Shrimant Vishwasrao sitting on the Delhi throne.

One of the chief reasons, was that both Bhausaheb and Vishwasrao had taken were not to do any political marriage.

People criticize Parvatibai for accompanying bhausaheb at Panipat but no one criticizes those who carried 4-20 concubines and kept producing children. These women were vulnerable and not like Parvatibai who knew talwar baazi and mardani khel.

Gopikabai was upset with Kayastha Prabhus of  Pen so after death of Madhavrao, she asked Nana (Bhanu) Fadnavis to put restrictions on the entire community.  The Kayastha community was one of the strongest and longest allies of the Peshwas. But during the reign of Narayanrao,they suffered discrimination.

Thank you for taking your time out to read. I hope that too, Bollywood and TV industry does take her Parvatibai Sadashivrao Peshwa's unforgettable qualities and achievements into consideration.
October 14, 2019 at 9:53 PM

I'm glad you liked it. I'm quoting real history not my assumptions. You can read the next parts here:

Other Chapters from Mee Radhika: The Lost Love of Shrimant Vishwasrao Peshwa:

The links are found in the updated article. Thank you, hope you will enjoy further reading. Do spread the word and let people know the truth about Parvatibai Peshwe.
October 14, 2019 at 9:55 PM