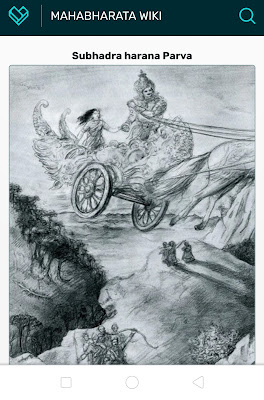 It's Subhadra who was Arjun's true love, there are many reasons to support this theory.

Mainly, let's understand why Draupadi was not his favourite wife but his best friend. The reason was that she was the common wife of all the five Pandavas. Therefore, Draupadi became Arjun's best friend eventually and he had more respect for her than love. That's the only reason why he asked Subhadra to submit in front of her.

Arjun had broken his wow of Brahmacharya and that had disturbed Draupadi.

Although, Arjun was forced by Ulupi to give her a son and he willingly married Chitrangada, the one who actually broke his wow was Subhadra. The reason is going by Mahabharata and not by Bhagvat Puran, Arjun couldn't get her off his mind. He told Krishna that he was willing to do anything to get her.

Krishna told him that he may not win her Swayamwar as she may not choose him. Therefore, the only way for a Kshatriya was to take the girl by force. So, he Arjun agreed and sent for a messenger at Indraprastha to inform Yudhishthira of his wedding. Then, after Krishna supplied him the chariot, Arjun took the 13 years old Subhadra with him by force upsetting the Yadavas.

Krishna pacified the very angry Balram and the wedding was approved.

Arjun was 33 years old when he married the very fair and beautiful Subhadra. There was a 20 years age difference between the two.

The quickness with which he sents for the messenger is not seen in any other case. Arjun is happy to know that Chitrangada will stay in Manipur which means Draupadi won't be upset. However, for Subhadra he wants a quick approval from Yudhishthira. The otherwise chivalrous Arjun, abducts the almost disapproving Subhadra. It shows his desperation and insecurity of losing her.

Later on, Draupadi and Subhadra are pregnant with Arjun's children, Abhimanyu and the other son. At that time, he narrates Chakravyuvaha only to Subhadra and not to Draupadi. This again shows his eagerness to impress his 14 years old teenage wife.

Abhimanyu is married to Uttara, the Virat princess. He doesn't think of Draupadi's son. It's Abhimanyu's death that shakes him and he's unstoppable on the 14th day breaking 3 vyuvahas including Chakravyuvaha.

So, it can be concluded that Subhadra was his favourite wife and Draupadi was his most respected wife whom he adored.

Whether it can be glorified or not, Mahabharata states Arjun being smitten by Subhadra's beauty. So, he puts his chivalry on the back burner and follows much admired Keshav's advise of taking her by force.

In literary terms, Shri Krishna is the Ego of Arjun that creates a balance between his ID and Superego. He actually takes permission from his own conscious and not from Subhadra's brother.

Even during the kurukshetra battle, Shri Krishna being Arjun's sarathi is symbolic.  Our ego is our driver, it creates balance between right and wrong.  Lord Krishna is Arjun's own conscious who enlightens and makes him one with the super conscious- subrahman- Super man.

So, to carry Subhadra away, Arjun spoke with his own conscious/ego who voted in favour of his ID ( unrestrained desires).

Arjun is a superior hero than he's credited for. The Chariot card of the Rider-Waite tarot represents him and his conscious Lord Krishna.

Arjun was named after Sahashtra-Arjun, a powerful Chandravanshi Kshatriya king. His Gandhiv was a well-crafted bow engineered by he, himself.

They were match made in heaven!